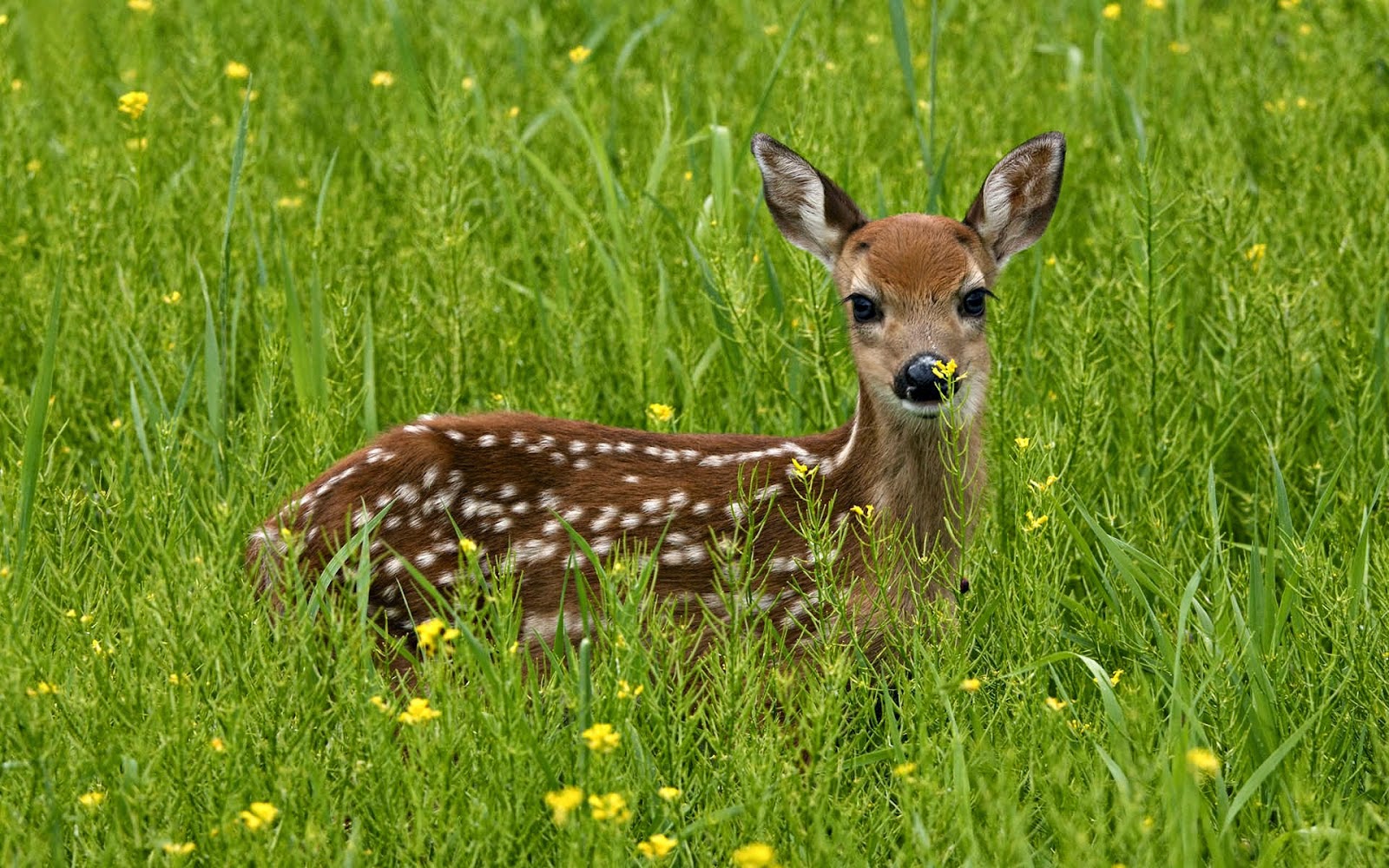 Each animal species has its own unique symbolic language.  Most people surround themselves by animals, either living-breathing animals or animal art images.  People throw tiger print rugs on their floor.  They make special beds for dogs. They include koi ponds in their landscape. They hang paintings of deer.  Seldom, do they realize that every animal has a specific message.

Animals serve as bridges between the spirit world and the world we live in.  Driving out of town, you spot a deer standing on the side of the road.  That deer is bringing you a message.  The owl you hear "whoooo-whooing" in the middle of the night has a message for you to hear.  These animal encounters are specific Spirit messages that currently apply to your life.

The animals that attract you also bring special gifts to your life path.  Do you own a collection of elephant statues?  Have you always loved monkeys?  Do you breed exotic birds? These animals serve as guardian guides that share specific talents and skills for  your  life path.  As you begin to understand the message of your admired animals, you will most likely find similar personality traits in yourself.

Let's use the well known mockingbird as an example.  First, you will want to study the animal species' behavioral patterns and appearance.  Study its selection of food, mates, habitat, and coloring. Mockingbirds feed on berries and live insects.  From overhead, the mockingbird spots an insect on the ground.  The bird will land on the ground, lifting its wings to provoke the insect into movement. Once the bug moves, the mockingbird gobbles it up.  Sometimes, we may need to "flush" out information that is necessary to our goals.

Mockingbirds are best known for their beautiful song that mimics just about every other bird in the neighborhood, hence the name "mocking".  They sing in gratitude for the mate they know is out there and waiting.  Their nests are built in trees that are not far from human dwellings, revealing their boldness and lack of fear.  Mockingbirds are master communicators, revealing a greater need to understand language and how to communicate more confidently and  effectively.

After you've established your animal's characteristics, you may wish to study any cultural or mythological significance attached to the animal.  Mockingbirds have been known as good luck omens, and to kill a mockingbird warrants swift punishment, as evidenced in Harper Lee's To Kill A Mockingbird.  I once had an experience with this sort of karmic justice.  As a tomboy, I spent most of my early years paling around with boys.  One summer I was walking in the woods with my close friend, Brian.  Much to my chagrin, he thought it would be fun to shoot a mockingbird!  As soon as the bird fell, I scolded, "You KNOW that was bad luck!!!"  About 10 minutes later, Brian propped his gun on the toe of his boot.  Somehow the gun went off and the bullet zoomed into his boot.  I helped him out of the woods, told his mother, and she drove us to the doctor's office.  Luckily for Brian, the bullet went between his first two toes only scraping the skin.

Vertebrates are easy to understand in symbolic significance.  But what about insects?  Insects are usually seen as unwanted pests, unless they appear in the pretty package of a butterfly.  However, even seemingly "nuisance" insects come with a message.  Termites are feared by homeowners because they come in and destroy the home's structure.  They don't play around!  Thus, it is not advisable to ignore their appearance.  Termites live in the dark and cannot survive in the light.
Untruths cannot survive the light, either.  If your home is threatened by termites, you may want to look at some very important issues threatening the "bones" of your life, relationship, or family.

Pets show different aspects of our personalities.  Cat people are mysterious, intuitive or aloof.
They're more reserved in temperament.  On the contrary, dog people are fun-loving, loyal, gregarious, or family oriented.  People who love horses require lots of freedom and movement.  They need the space for freedom of expression.  Fish lovers may be elusive and difficult to pin down, or they may be very intuitive and spiritual.

Although living breathing animals bring messages, so do animal images found in art.  For Feng Shui work, we specifically bring animal images into the home for specific energy activation.  Deer are associated with gentleness and good health.  Dragons represent magic, good luck and wisdom.
Paired mandarin ducks represent happy marriage.  The next time you see Asian artwork.  Notice the plants and animals on the piece.  Rest assured, the artist knew exactly what each item symbolized.

Begin reviewing animals that have always drawn you; look around your home at the animal symbols you use to decorate.  Learn about each animal's habitat and habits.  For a more detailed explanation of animal symbolism and reference guide: see Ted Andrews' Animal Speak  and Animal Wise.  You will find the silent messages that have always surrounded you.